This French-inspired appetizer, pissaladière, is a bit like pizza: dough forms the base, with sautéed onions, tomatoes, anchovy paste, and olives to top it. It’s absolutely delicious and makes a simple, delightful appetizer. 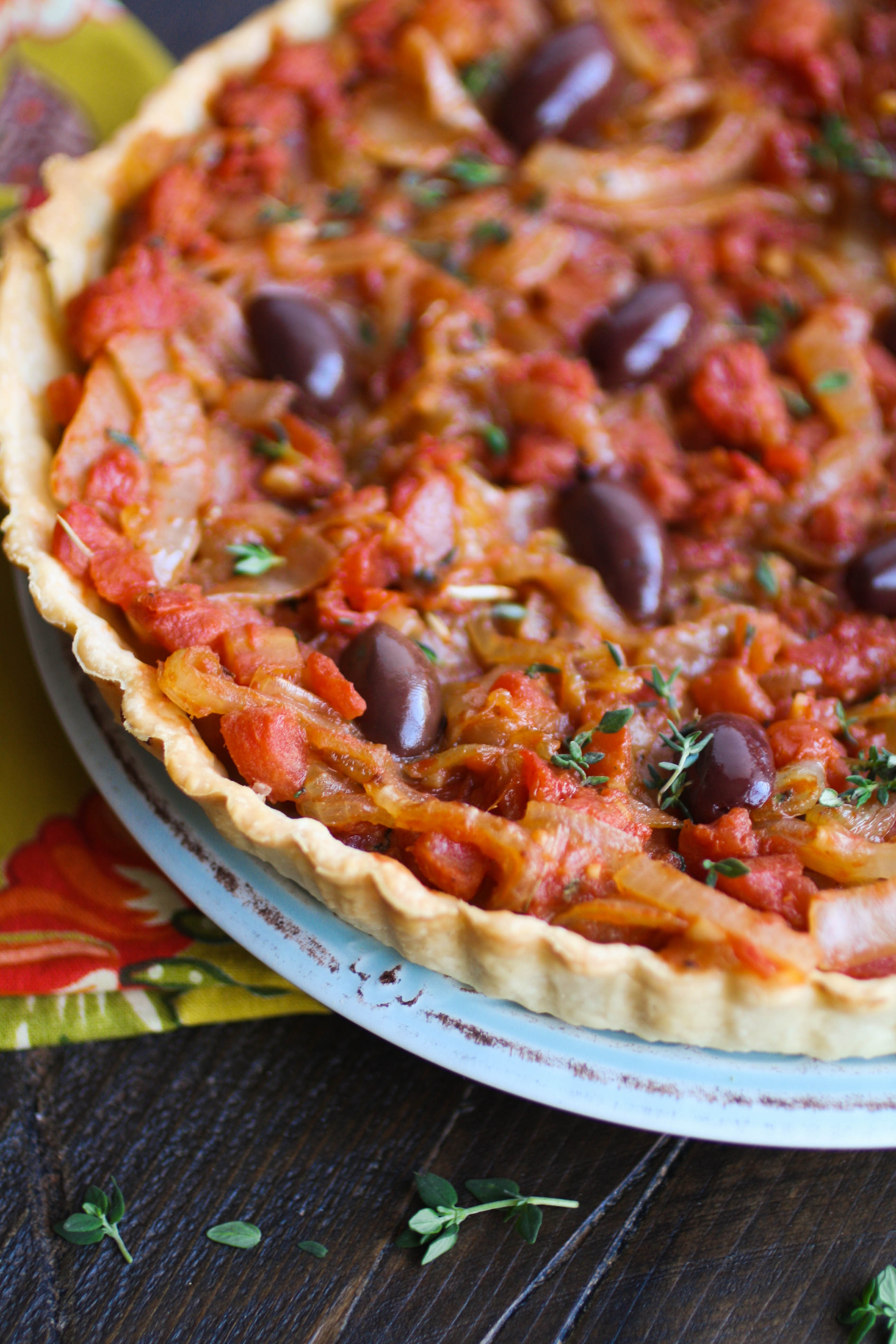 I love to say the name of this dish: pissaladière. It makes me feel like my high school French is spot on, accent and all. Ha! It’s not, but it’s fun to pretend!

You might not recognize this traditional, Provençal appetizer, but it’s one I think you’ll love. Pissaladière (French-style pizza) looks like a pizza, and relies on sautéed, golden onions, tomatoes, herbs, and anchovies to bring tons of flavor to the table (no cheese, here). 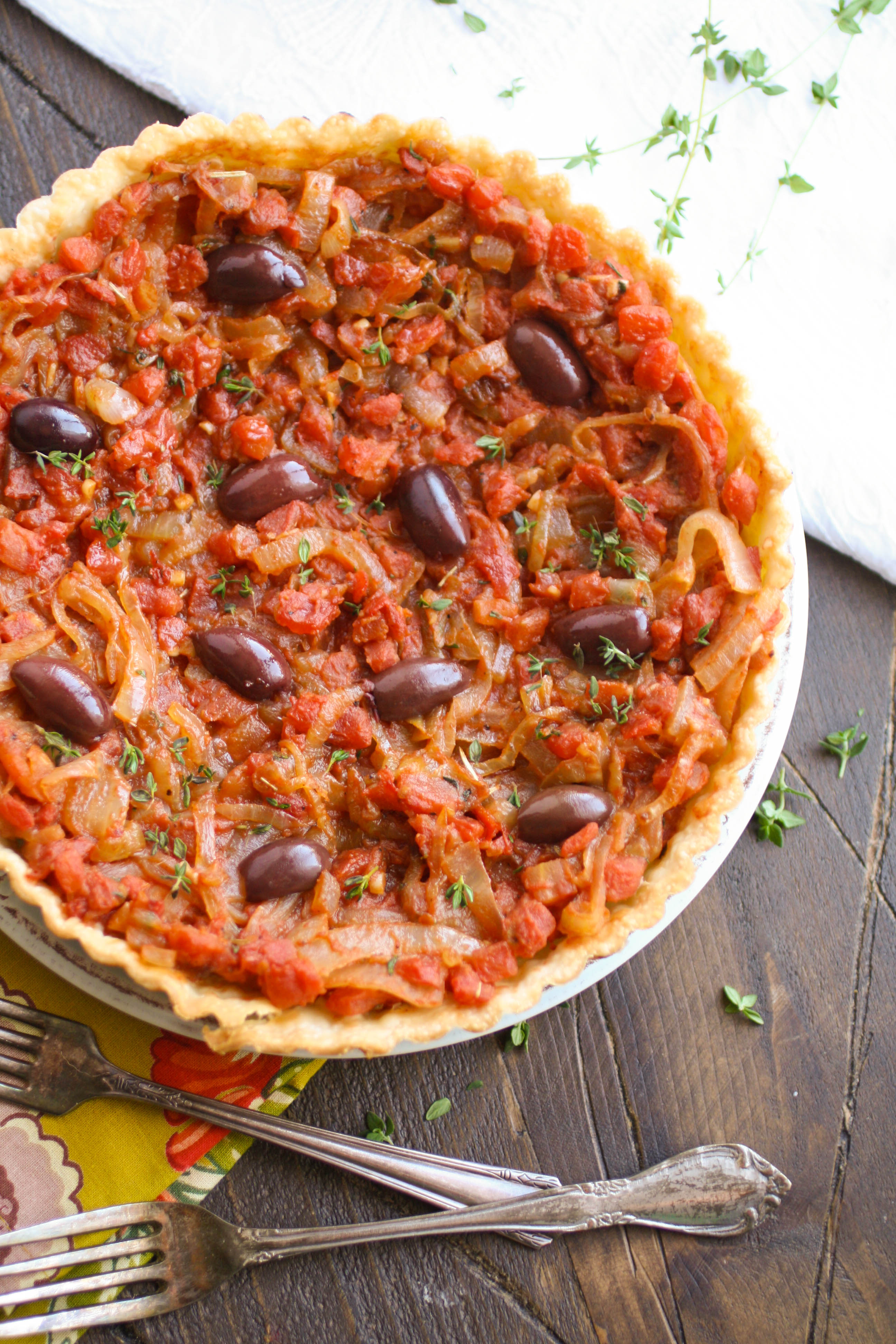 This dish hails from the south of France (ooh, la la!) and is usually served as an appetizer rather than as a main dish. This reminds me of my parents (who are from Italy) who always say, “pizza is like dessert to us.” What they really mean is appetizer rather than dessert (slight language barrier), but whenever I hear that phrase, it makes me laugh!

Growing up, we never had just pizza for a meal. It was, literally, made and served as an appetizer. I mean, I’ll take homemade pizza as any part of my meal, even breakfast, so no complaints from me about pizza-as-appetizer! Another great pizza (or pizza appetizer) to try is my recipe for grilled pizza with fig, prosciutto, and blue cheese. It’s out of the ordinary and delicious. 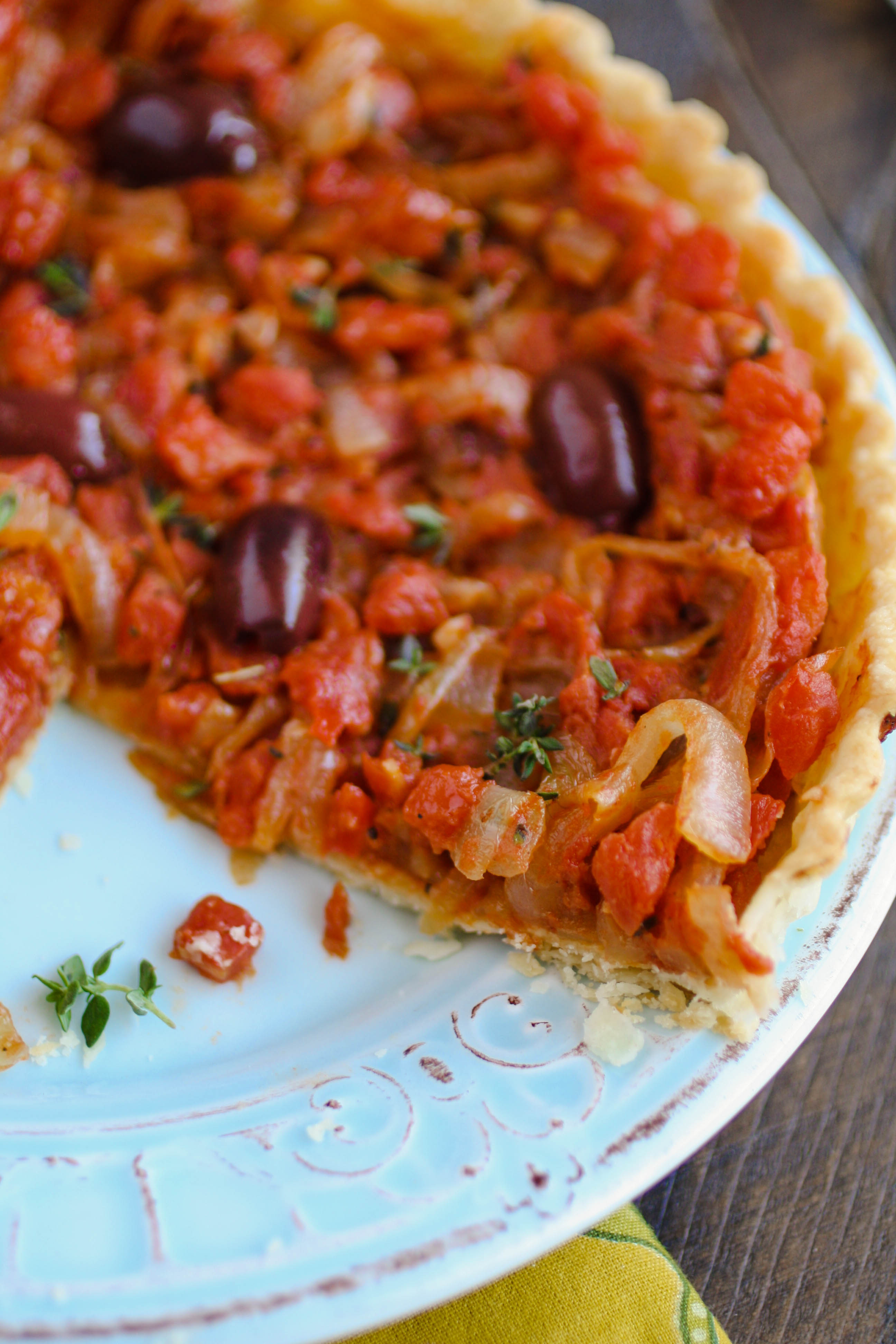 Now, my pissaladière might not be exactly like the ones your French relatives make, but it’s pretty close to traditional — at least from what I’ve read. I never been to the south of France to try the real deal, but when I do go, I’ll be sure to pull out my best, “c’est magnifique!”

Instead of making the dough, I relied on prepackaged pie dough — only because I had one left over after I made a different, disastrous recipe. Rather than use whole anchovy fillets, I used anchovy paste to help make this pissaladière a little more palatable to the folks who say, “no way” to anchovies. 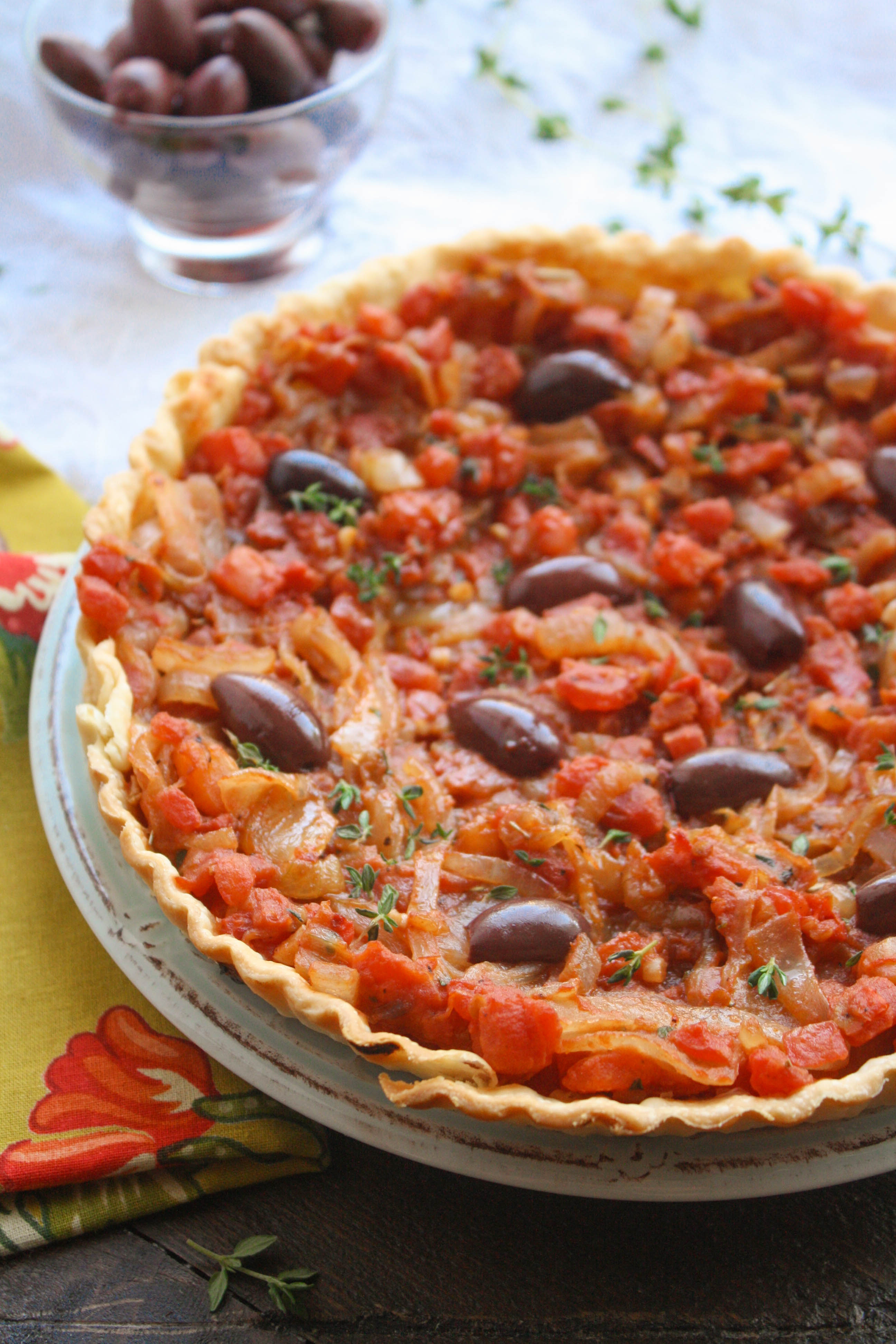 The anchovy paste adds a nice bit of savory saltiness that works well with the sweet onions and tomatoes. You won’t find melty, stringy cheese on pissaladière, but I swear you won’t miss it!

You'll love this traditional appetizer. The flavors are amazing, and it's perfect to serve at your next get together! 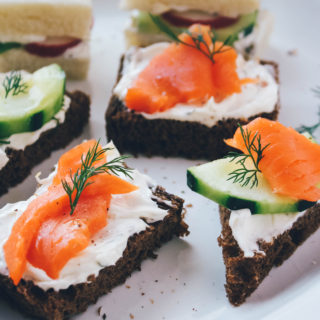 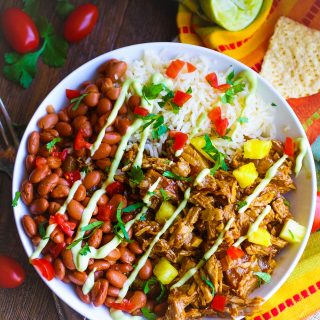 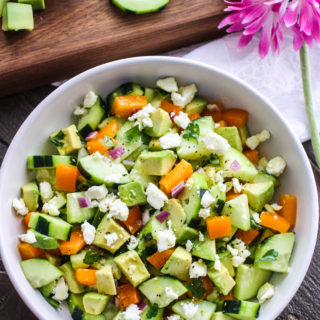