An Apple-Cranberry Tart in Phyllo is a classic dessert that’s easy to make and brings a bit of warmth to your table. I’m adding this tart to my dessert list for when I want something sweet, but not too sweet, and delightful to share. 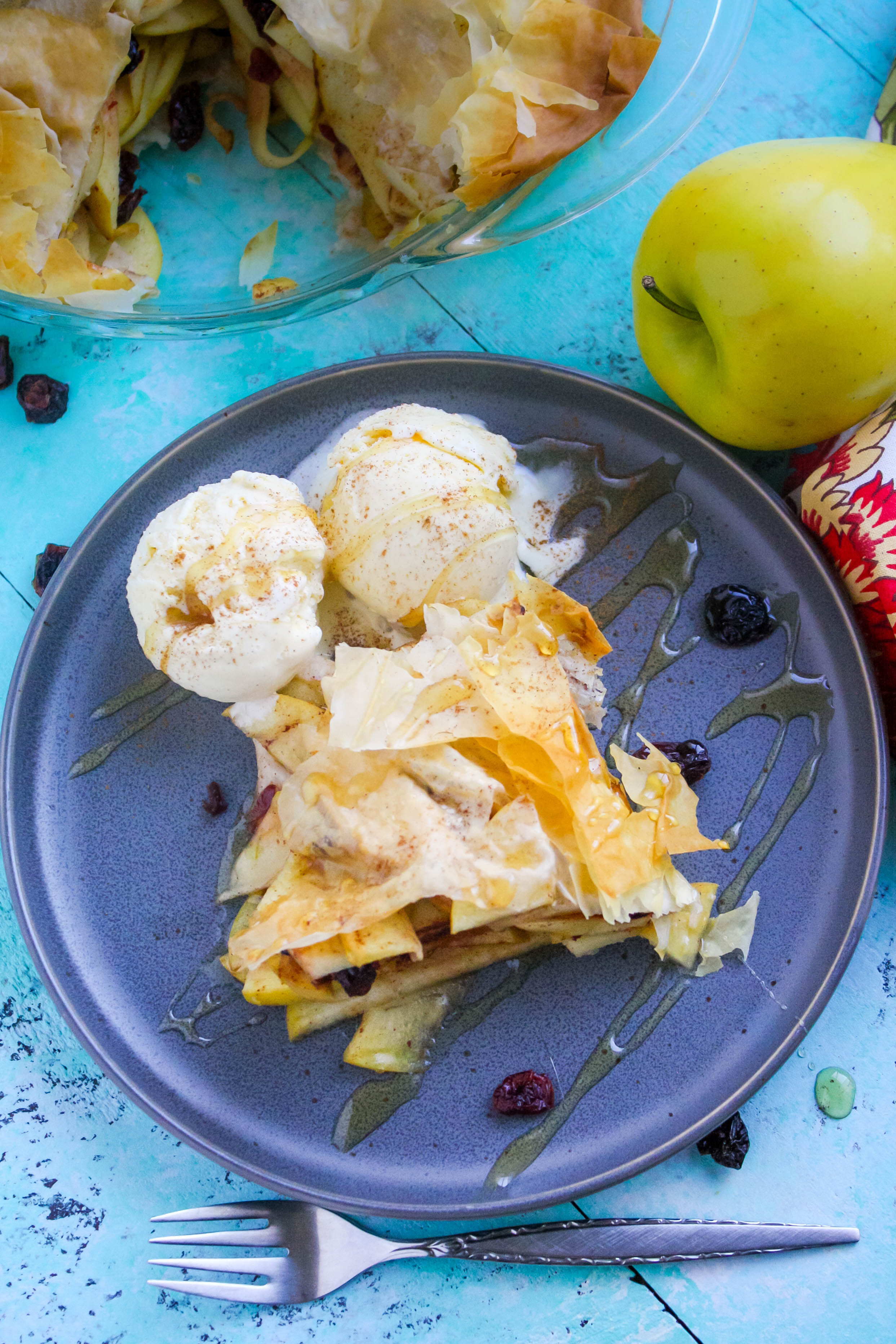 This Apple-Cranberry Tart in Phyllo is the perfect treat to transition from summer to fall. As much as I love the fall and as much as I want the summer temps in Phoenix to come down already, I hate saying goodbye to summer!

This tart isn’t like a heavy-duty pie, and it’s not overly sweet, either. You’ll love the flaky phyllo pastry that drapes over the warm apples and dried cranberries. I served this with vanilla ice cream because I have a hard time eating apple pie (or tarts) without it! 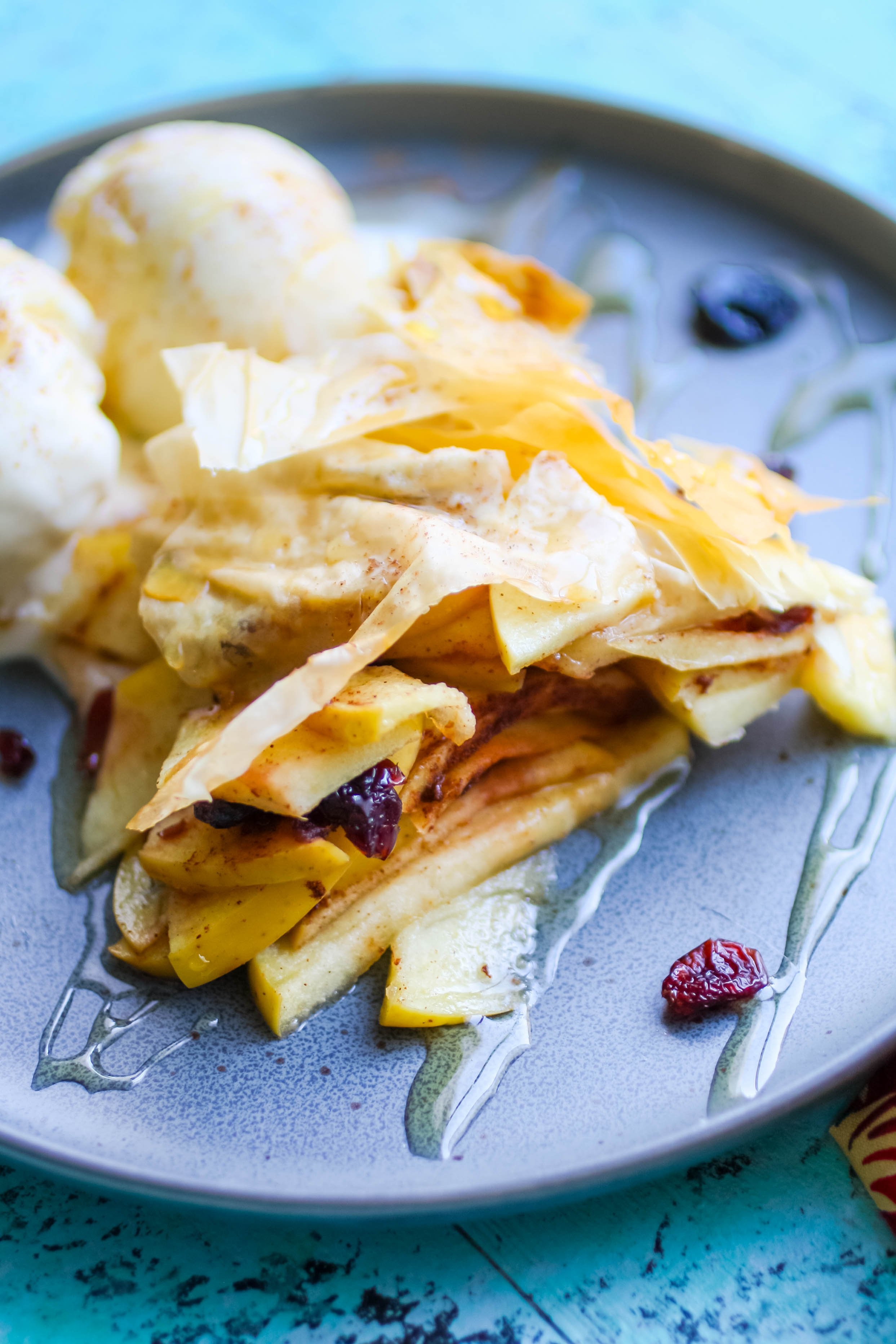 Crostatas are fun to make, too, for something a little different. This recipe for Apple Crostata with Oat Crumble Topping includes a recipe for my dad’s pie dough, which I love! 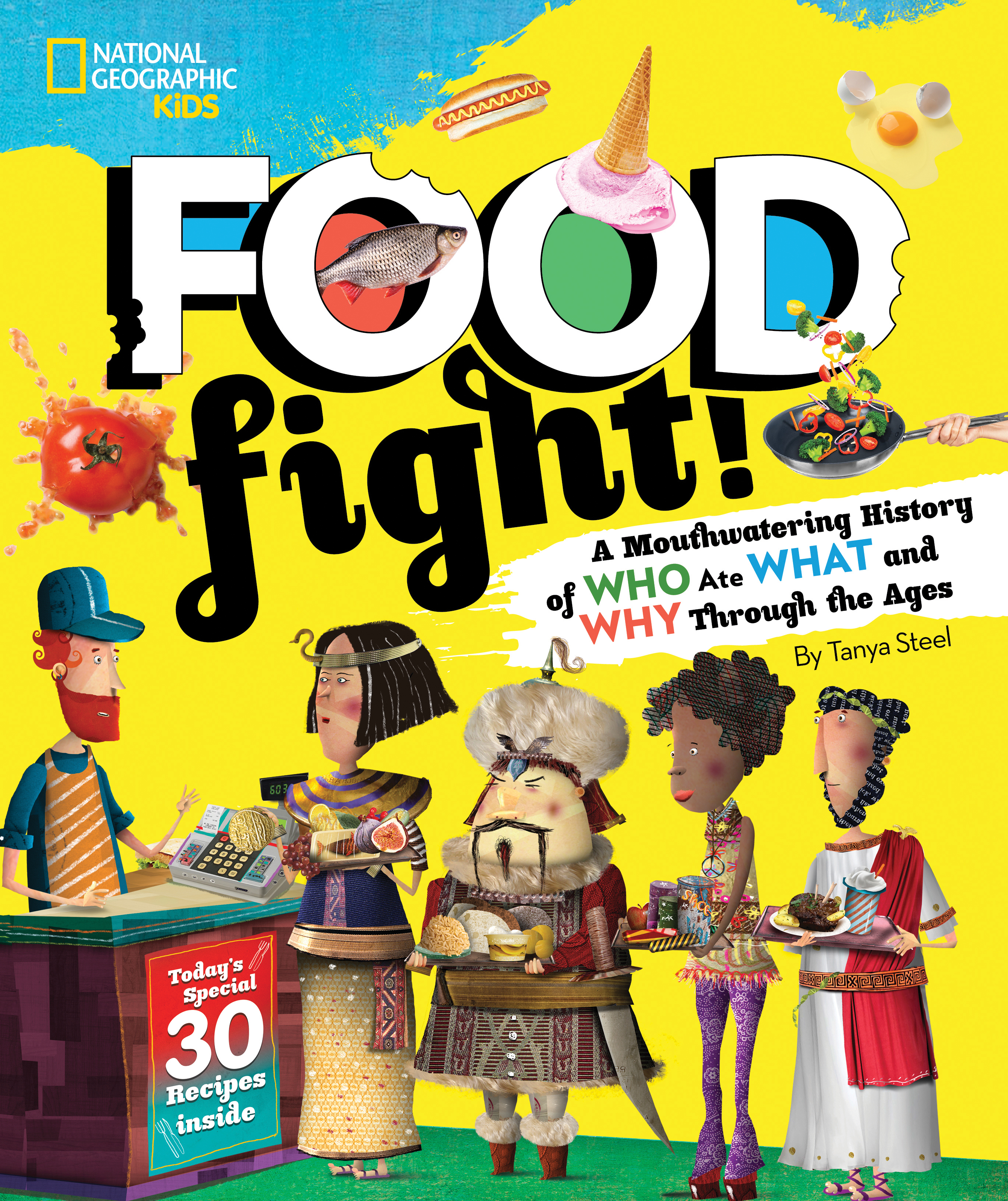 I didn’t come up with this particular tart recipe. It’s from a wonderful National Geographic Kids cookbook I was sent called Food Fight!: A Mouthwatering History of Who Ate What and Why Through the Ages, by Tanya Steele. I’ve got to admit that I was fascinated with this book!

The cookbook takes readers on a fun and flavorful trip through history. Each chapter covers a major period of world history (starting with the Prehistoric era through today) and gives examples of the politics, culture, class differences, and economics of the day. 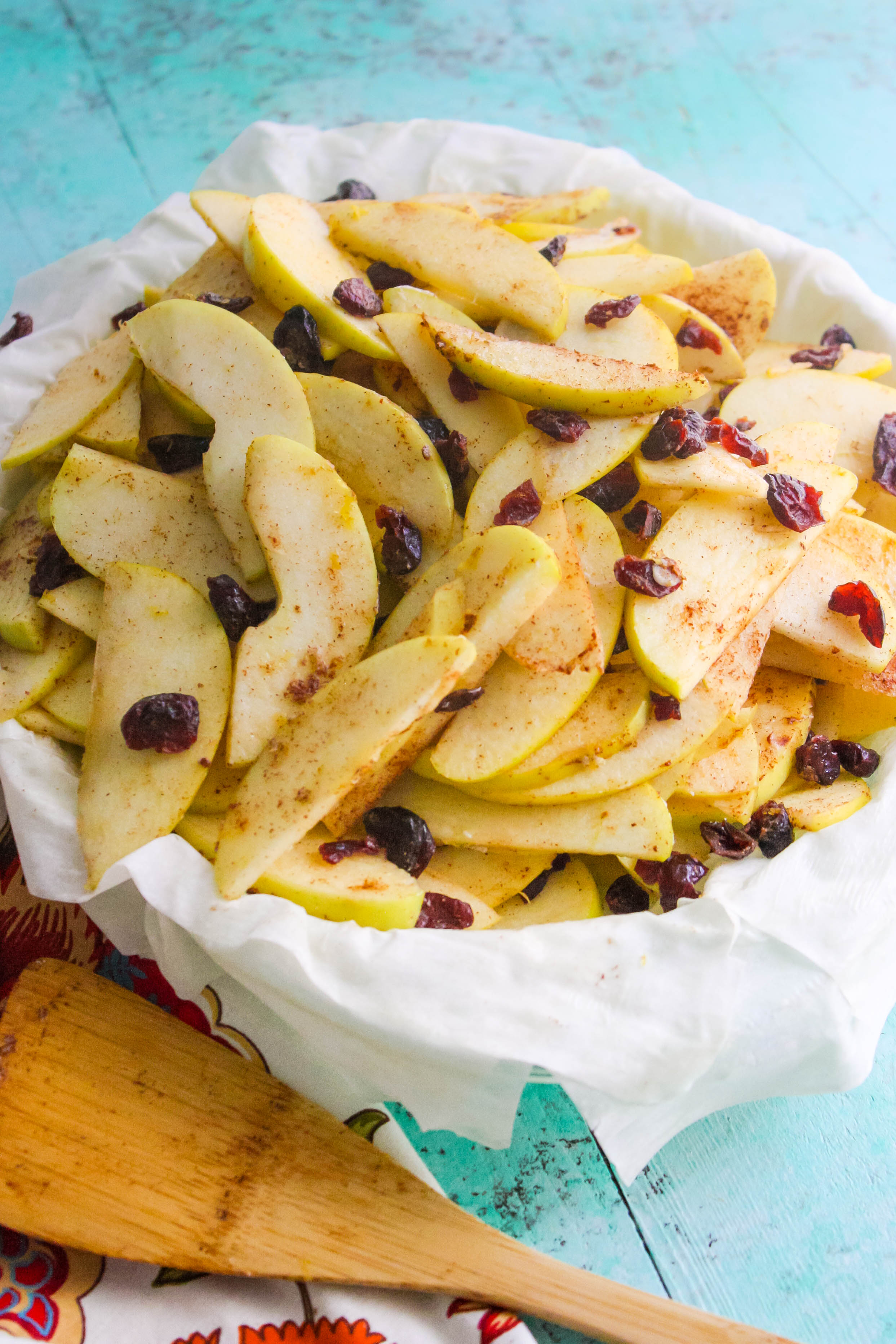 Flipping through the pages you’ll find an explanation of cooking tools used at the time, photos, illustrations, statistics, and even fun quizzes.

I loved the creative titles for each recipe, too. This tart recipe is officially titled, The Apple of Shakespeare’s Eye in the cookbook, and was based on the recipe, A Quarter Tart of Pippins, from A New Booke of Cookerie by John Murrell from 1615. 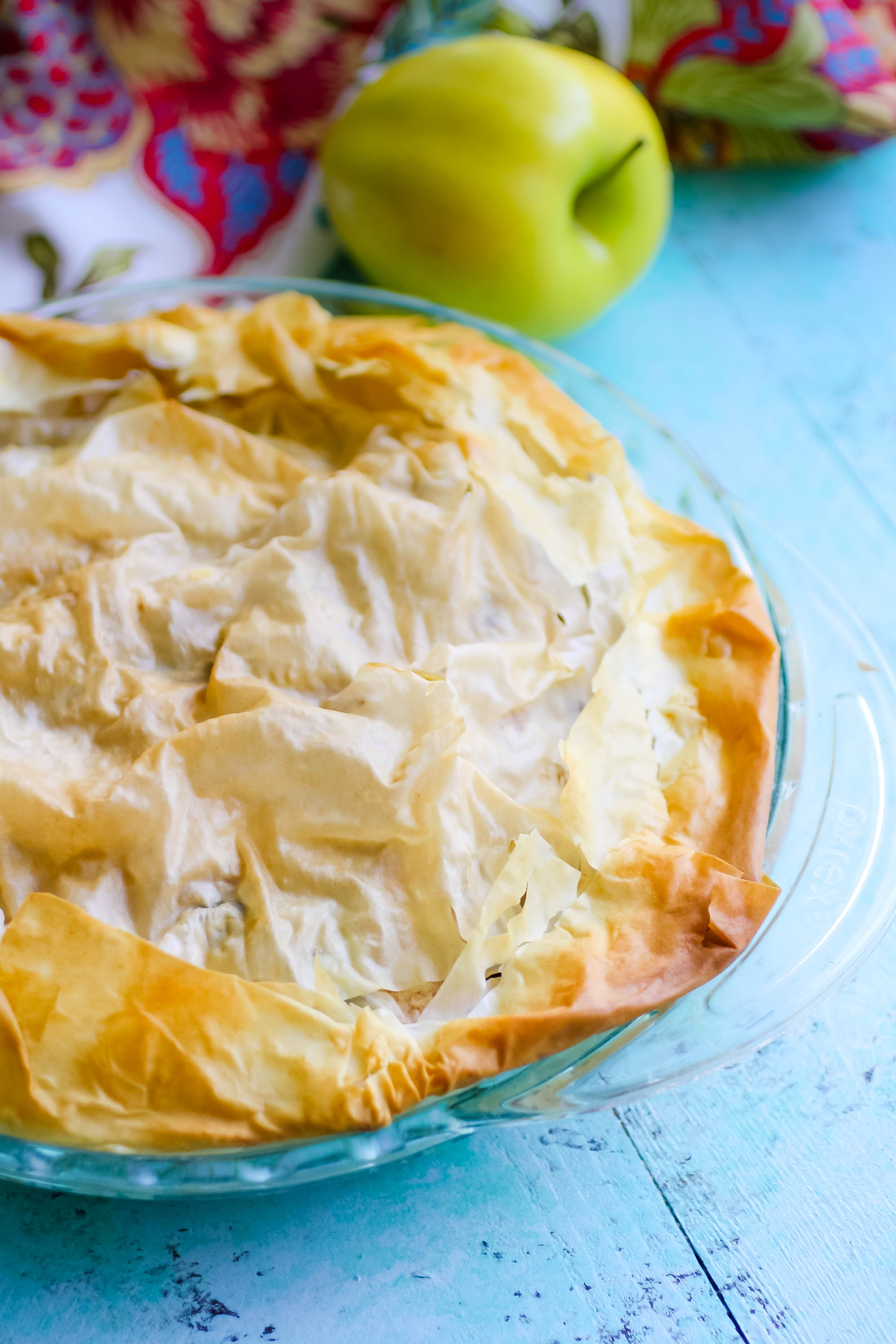 Your kids might like to help whip up dishes like Roast Mastodon on a Stick (made using beef), The Earl of Sandwich Sandwich, Allied Soldier Pudding, or Astronaut Fruitcake. 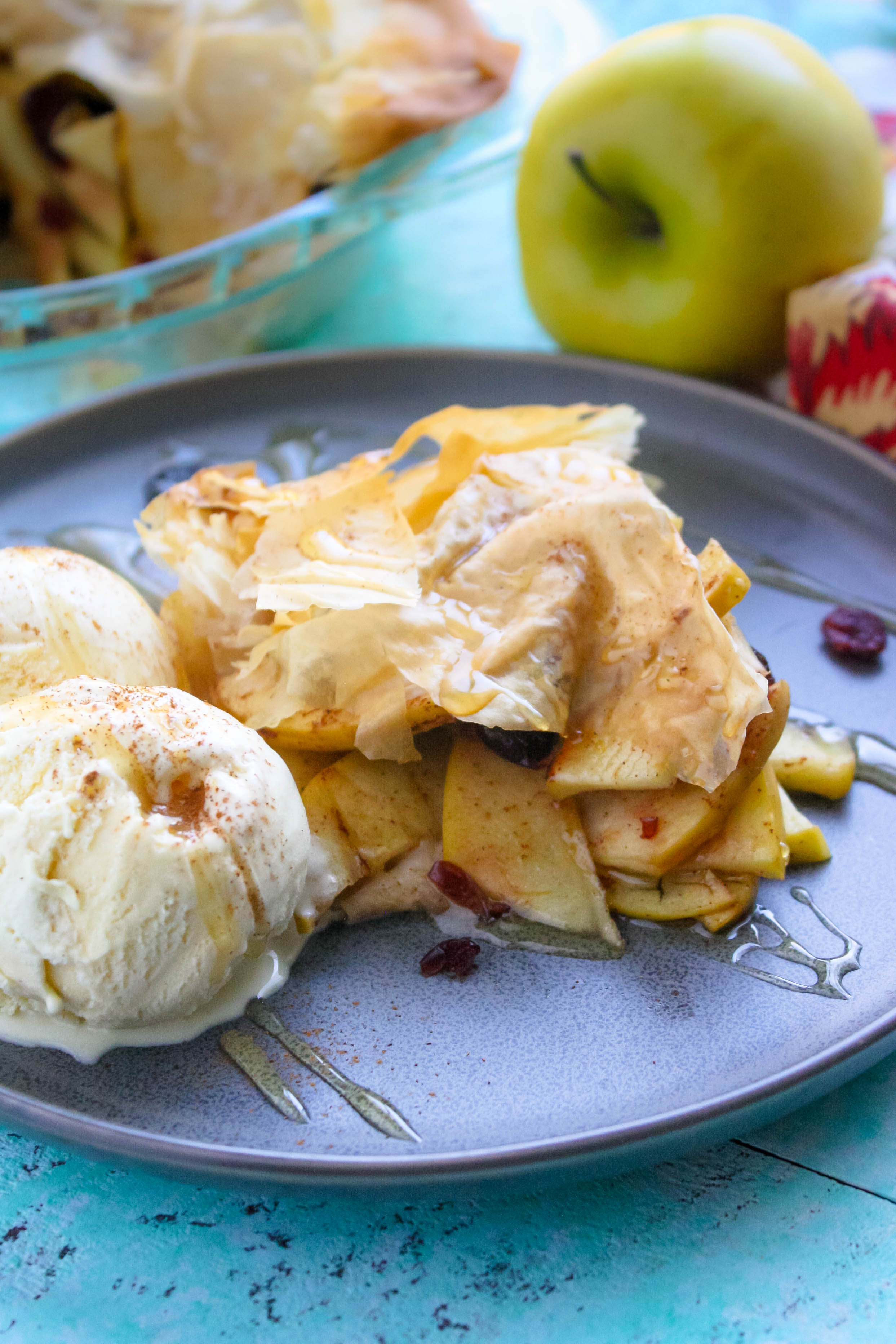 Everyone is back to school by now, and this cookbook is a great way to make learning history fun. Not to mention, it’s a great way to get kids interested in cooking! Check out a copy of the cookbook for yourself or for someone you think will love it!

For a treat that’s easy to make and perfect between the seasons, toss together this Apple-Cranberry Tart in Phyllo. It’s a delight! 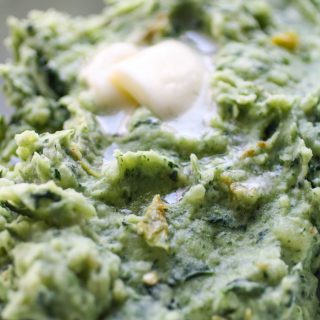 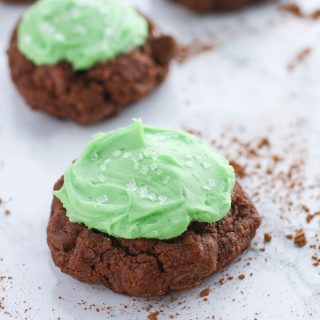 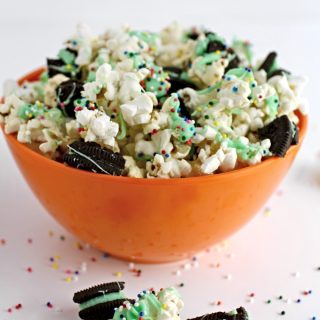