It’s that time of year when it’s technically still summer, but really, we’re all calling it fall because we can’t wait for the fabulous weather to arrive. Corn and Sweet Potato Chowder with Saffron Cream is a bowl of goodness that spans these two seasons. 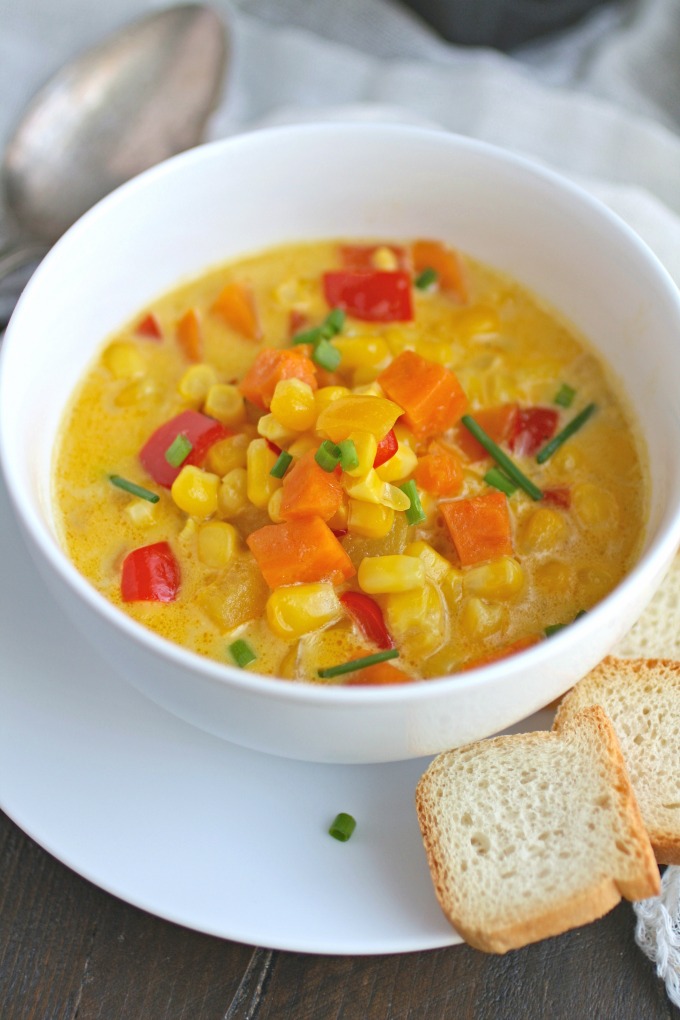 If you’re lucky, and depending on where you live, you can still find some really great fresh corn out there. And for others, we reach for frozen corn. That’s okay — either works very well for this creamy and hearty soup!

This recipe is from the cookbook, Soup Swap: Comforting Recipes to Make and Share, by Kathy Gunst, Resident Chef for NPR’s “Here and Now.” I was recently asked to participate in the Soup Swap Blog Party – a virtual gathering of bloggers set to share one of the 60 recipes from the cookbook as a kick off for its release.

Check out the recipes from all the bloggers participating in the Soup Swap Blog Party. 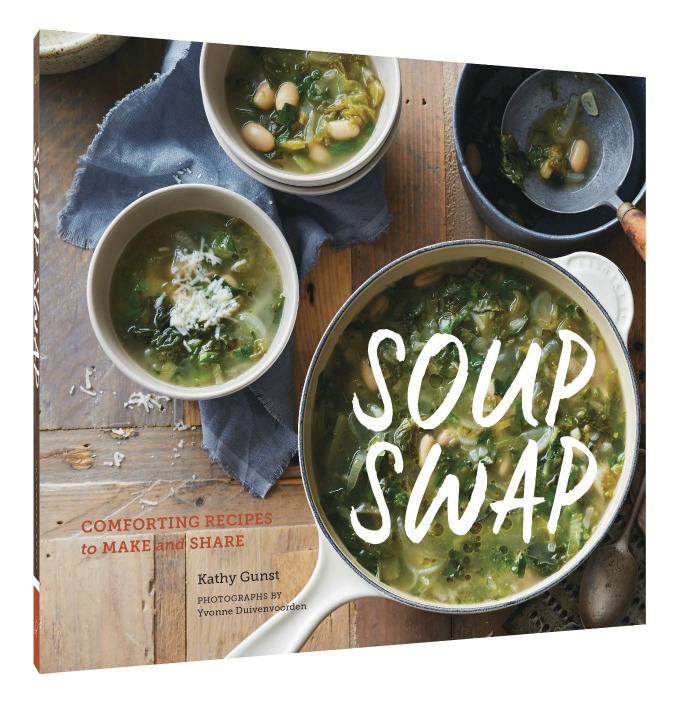 This cookbook is such a treat! You’ll find page after page of delicious soup recipes, and you’ll enjoy leafing through the pages of the beautifully photographed images. The soup recipes are straightforward, and made with ingredients you’ll easily find at the grocery store.

But my favorite thing about these recipes is that there is a special something included for many of them. Take Corn and Sweet Potato Chowder, for example. What’s not special about its colorful and rich Saffron Cream? The book includes a section of recipes for stocks and broths, sides like Skillet Corn Bread, and Buttery Biscuits, and several salads and fun garnishes, too. 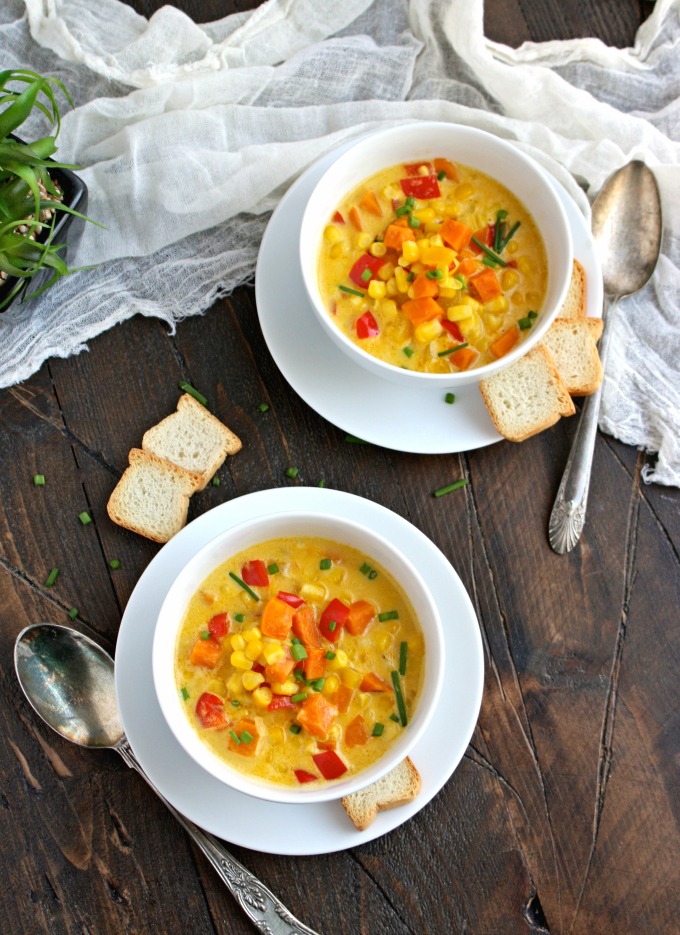 Corn and Sweet Potato Chowder with Saffron Cream is what I consider a “transitional” soup. Late summer nights start to cool down, and that makes soup the perfect meal. And if you’re lucky enough to still find fresh corn for this recipe, all the better. But if fresh corn is a distant memory, you can easily use frozen corn in its place. I used frozen corn for this chowder, and I can vouch for its deliciousness. 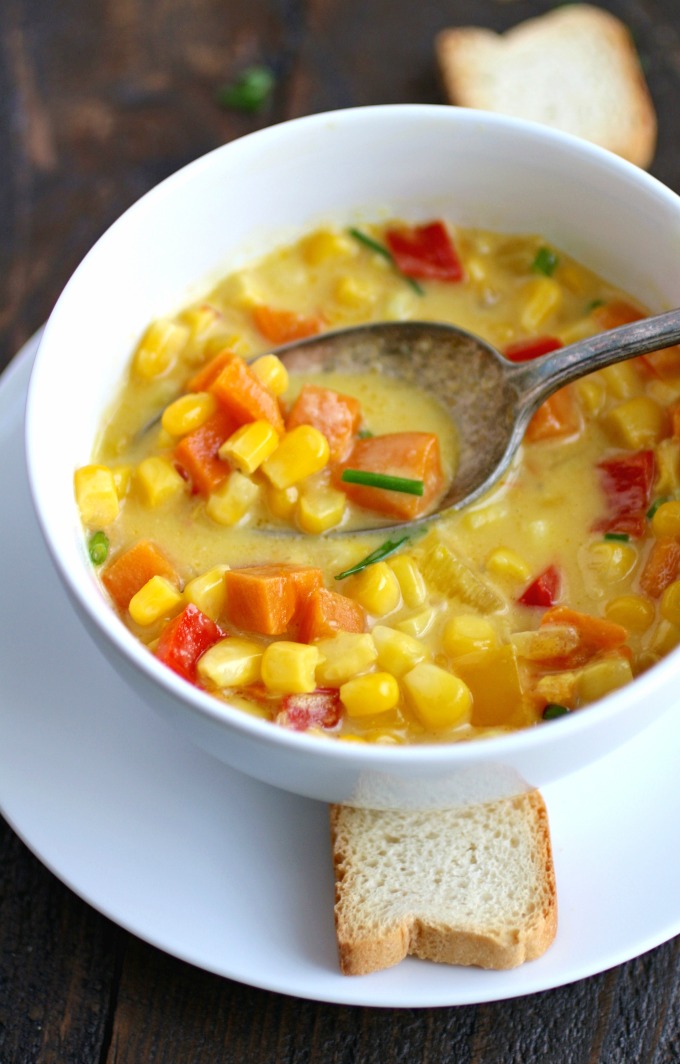 Corn and Sweet Potato Chowder with Saffron Cream is the kind of dish that makes saying goodbye to summer just a little more bearable.

Hungry for more recipes that include corn? Try one of these:
Roasted Hatch Chile and Corn Chowder
Kale, Corn, and Pancetta Muffins
Spicy Caramel Corn Cookies

This is a wonderfully rich chowder from the cookbook, Soup Swap: Comforting Recipes to Make and Share, from Kathy Gunst. 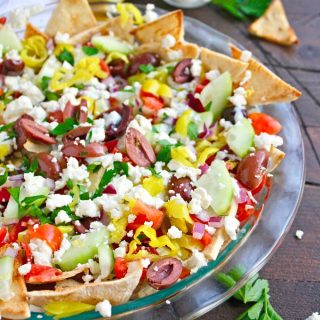 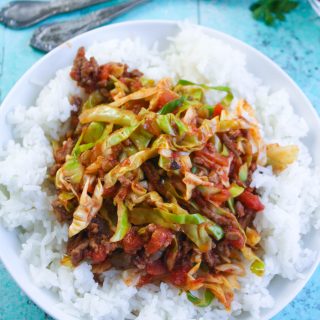 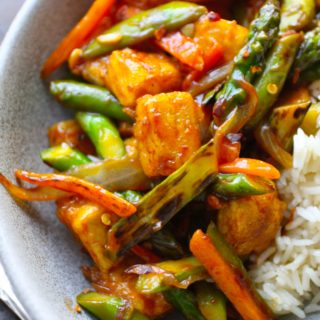